If You Heard This All The Time, It Would Annoy You, Too

I would counter, we cannot afford not to have a Blacks In Bitcoin.

In announcing my presence to one of the most popular forces in the bitcoin community, Reddit's r/Bitcoin, I get the typical response that leads this post from someone whom I presume is in bitcoin but perhaps not black. While the bulk of my response can be found in the thread here, I believe the answer to that question requires more exploration.


There is a tendency in modern non-post-racial America, particularly by the dominant culture, to take umbrage when the unavoidable element of race is acknowledged in any situation. Acknowledging race and culture does not mean I'm "bringing race into" something; it's acknowledging a quite visible aspect of my person and background (and little would suspect that I'm also technically half-Latino (thanks to my Panamanian mother) just by looking at me) that has always mattered in real life, whether I wanted it to or not. I did not make this world, but I do have to live in it.


Race is a pervasive, if reluctantly discussed issue, that persists in America today. I did not start Blacks In Bitcoin to fixate on race, despite what the race-baiters and race-avoiders would love to think. That a commenter in that thread went into knee-jerk, defensive, "privileged by not being a person of color and having the option to address race at their discretion" mode proves exactly why this blog is needed. 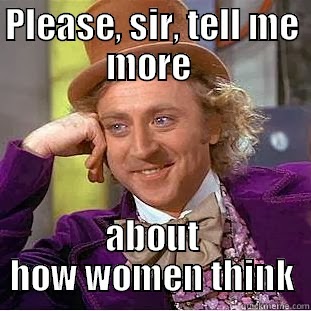 It is no secret that the majority of early adopters of bitcoin are white and male, despite bitcoin being the leading worldwide decentralized, stateless currency. In fact, this excellent blog post by Arianna Simpson shows just how alienating a white woman can feel in trying to ingrain herself deeper into the bitcoin community. While it's optional for the majority not to mention the obvious, for me not to is silly and disingenuous, especially when we all want the same thing: greater bitcoin adoption.

Starting Blacks In Bitcoin does not threaten our greater goal - it enhances it. I cannot tell you how often I have been among my African-American peers, mentioned bitcoin, and watched their faces go blank (it happens a lot among mixed or white company as well, but not nearly as often as it does among my cohort). Despite the footer at the bottom of every page of this blog that proclaims that this is a site for everyone, people just read the name of the blog and formulate an ill-informed opinion without ever visiting the site, not too unlike those who made snap judgements about Bitcoining While Black star NFL cornerback Richard Sherman as a thug without knowing anything about him. If having a site like this encourages people who I look like/come from a similar background like me to learn, adopt, and evangelize about bitcoin, then Blacks In Bitcoin is very much needed.


Since when did acknowledging the obvious (I'm black and in bitcoin) and encouraging others like me to educate themselves to spread the word (hence the s in Blacks In Bitcoin) become "divisive" or something that "needs to be left out" of bitcoin?

Why is it that acknowledging and embracing cultural diversity among us in order to make everyone feel included become something so controversial?


For the umpteenth time: This is, and shall always be, a place for everyone to participate. That I target perenially underserved, technologically and financially left behind communities like those with people of color, is just the avenue I use to foster inclusion of more people in the bitcoin community. That's it - it's not that deep.

So now I ask you "Why do we need Blacks In Bitcoin?" And I hope your answer is now "Because we need everyone in bitcoin."


Care to share your thoughts about this? List them in the comments or email me at blacksinbitcoin@gmail.com!
Posted by Blacks In Bitcoin at 1:09 PM