I Come Across This A Lot 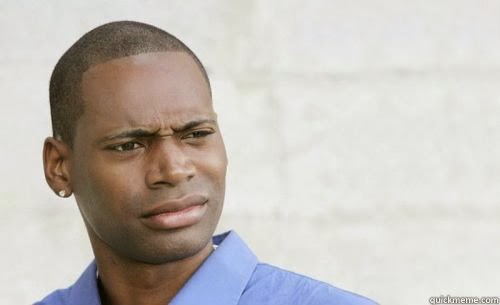 Either a puzzled look wafts over the person's face (never heard of it) or a smirking, dismissive look ("magic Internet money") takes hold. Either way, this person does not own any bitcoin due to ignorance: simply not knowing enough about it.

What hurts me most is that this person I'm speaking to... is black.


This is not to say that white people generally know about bitcoin because they don't. Bitcoin is a new technology, barely five years old, and only started to gather mainstream headlines last year. Yet from my experience, I've found far less African-Americans aware of bitcoin's existence in relation to our Caucasian counterparts. This isn't some sort of C-O-N-spiracy to shut out minority communities from the next great technological and social innovation. Bitcoin Mania just hasn't been exposed en masse to the black community yet from its international, somewhat Libertarian roots. To the puzzled, I do my level best to extol the virtues of bitcoin; to the smugly dismissive, I do my best to debunk the arguments against bitcoin.

Still, for every encounter with a bitcoin Muggle, I'm encouraged that there is a need to spread the word. Everyone can participate in the bitcoin economy and, in America, for as little as a ten cent purchase of bitcoin on Coinbase. If you could buy a piece of email technology back in 1992, would you? Not a share of AOL but own an actual piece of email technology back in the early 1990s, what do you think it would be worth now? Five figures? Six? Seven? That is the potential that faces us now with bitcoin. And, for a change, everyone can invest in the future.
Posted by Blacks In Bitcoin at 12:29 AM